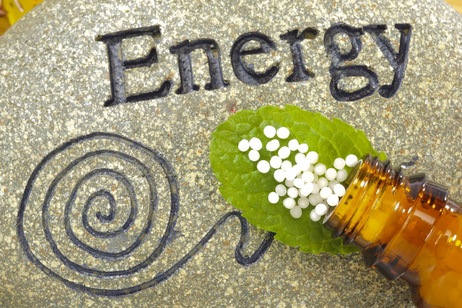 Homeopathy is a safe, gentle, and natural system of alternative medicine that works with your body to relieve symptoms, restore itself, and improve your overall health. Homeopathic treatment stimulates the body's ability to fight infection as well as resolving any underlying susceptibility to disease. In this context, mental and emotional symptoms can sometimes play an important part in understanding the predisposition of the patient to suffer from a particular disease. That’s why it’s said homeopathy is a holistic system, because it is focused on the whole person, not just the malady itself.

It was developed in Germany more than 200 years ago by Dr Samuel Hahnemann. He observed that symptoms caused by toxic ‘medicines’ such as mercury, were similar to those of the diseases they were being used to treat e.g. syphilis. This leads to the principle he described as ‘like cures like’, a substance that produce symptoms in a healthy individual can be used to treat similar symptoms in a sick person.

There is wider acceptance of homeopathy all over the world. In fact, the World Health Organization estimated that it is currently practiced by over 500 million people worldwide.

Homeopathic medicines are made mainly from plants and minerals which are highly diluted and then added to lactose tablets or pills. A single dose or repeated doses of medicine may be given. These small amounts of medicine are sufficient to stimulate the body's healing process. Because of the minimum doses used in homeopathy, the medicines are non-toxic. When properly administered, the medicines are completely safe for everyone including pregnant women, newborns, children, and adults through the senior years. Many veterinarians use homeopathy in the treatment of animals. There are no known or suspected contraindications or drug interactions between homeopathic and conventional medications. That’s why homeopathy can be used in conjunction with conventional therapies.

Sometimes symptoms may temporarily get worse before they get better. This ‘aggravation’ of symptoms can be part of the homeopathic treatment. However, you should tell your homeopath if you have these reactions.